Art, Technology & Sport keep me bound to my School

FIRST® LEGO League
In February 2017 Kaunas Versvu Gymnasium robotics team “Team Ice” participated in VMU Science and Studies Centre where FLL (FIRST® LEGO League) contest of Kaunas region. This year contest took place in 5 cities: Vilnius, Kaunas, Klaipeda, Panevezys and Siauliai. Every year the contest creates the relation between the technologies and today’s issues. In the challenge “Animals Allies”, the teams are invited to search for the relations between humans and animals. The young creators participated in three challenges: the Project, the Core Values and the Robot Game.

The latter was very inviting to participate, because in the Robot Game the robot is being created which must pass the field with many challenges. 7i grade students Dovydas Juknelis, Ernestas Mikolaitis, Kajus Mizeikis, Mikas Bendzius ir Saugintas Skilinskas with their constructed robot won the first stage of Robots field competition and went to the second tour with other 7 teams. The boys showed great results in the Projects contest and they got the third place diplomas. At the end of March the team is planning to go to the national FLL 2017 competition, where they will fight in Robots field, Sumo and Line following contests. Wish them all the luck – in construction and programming

​
Robotics. Kaunas Versvu Gymnasium robotics team was qualified to the FLL National competition held in Vilnius, March 2017.
For this event we had already made our project T-shirts
More in
www.versvugimnazija.lt/galerija/robotiada-2017-akimirkos/
​ 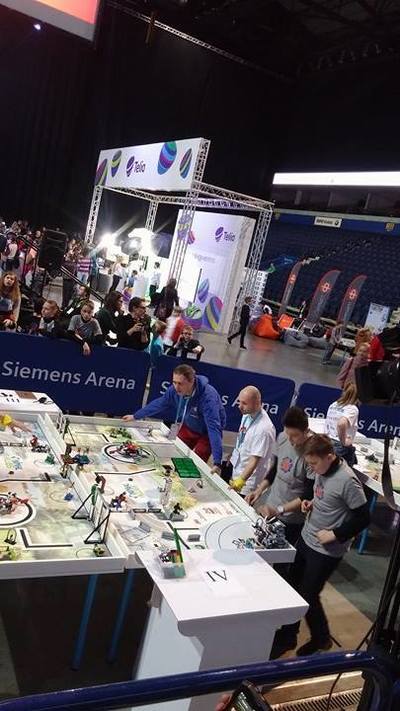 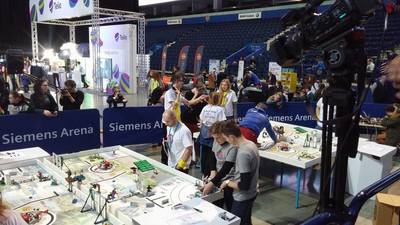